The Importance of Stage Monitors 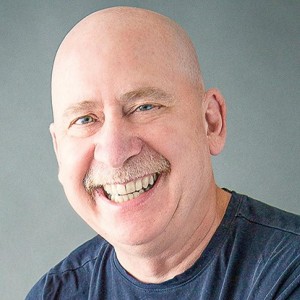 Monitors (stage wedges) are the speakers that the band uses to hear itself on stage. The size, shape, and format of these devices vary greatly, but what we need to learn is that the “mix” being sent to each unit or group of units is called a “monitor mix.”

Of great importance is to understand the difference between a “monitor” and a “monitor mix.” Monitors are the speakers that allow you to hear yourself and your band members on a stage. Each monitor DOES NOT necessarily have the same mix of sounds in it! I’m always amazed that musicians misunderstand the difference between a monitor and a monitor mix. Imagine you are the lead singer on center stage directly in front of the drum set. Would you want or need to have the drums amplified into your monitor mix? Now imagine you are the bass player on one side of the stage trying to hear the keyboard player on the other side. Each would want a different monitor mix just so they could hear each other… you get the idea.

How Many Mixes Do You Need?

Typically, when working with a 4-5 pc band, a minimum of 2 and preferably 4 monitor mixes should be set up and can be fed into as few or as many wedges placed around the stage as is deemed desirable. Learn this lesson – it will prove useful any time you are being provided sound by a third party or even among you and your bandmates.

In the past 20 years or so, in-ear monitors have become widely available and can be very useful in cutting down on loading in/out of heavy monitors and related equipment. Most in-ear monitors are wireless as well, which offers artists a great deal of freedom on stage. A monitor mix is fed into a stationary transmitter which, through the miracle of wireless technology, sends this mix to a small belt-pack worn by the musician and then fed to earbuds worn “in-ear.”  The good news is that these things work and sound great. The bad news is that the monitor mix is now isolated from the acoustic environment on stage so unless you’re working with somebody experienced in running monitors, you’re likely not going to be pleased with the sound. Furthermore, the experience can be somewhat isolating, so often professionals still ask for monitors to “feel” the sound of the band.

Be Careful to Avoid Hearing Damage

Last and most important, if you’ve ever heard feedback anywhere on stage, just imagine what that sounds like when it is coming directly into your ear through an earbud! Extreme care and caution is recommended as is a high degree of trust in the person mixing your in-ear monitors, otherwise hearing damage can easily occur.

As my good friends and bandmates like to say – “enough said” … only louder!