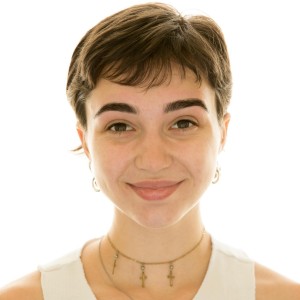 Hello! I’m happy to be back and writing. I was complaining to my mom that I had run out of things to write about so she tasked me with posting about new releases since you can’t run out of those. If there’s ever a release you think I should know about, please let me know! It is hard to keep track of everyone.

There were lots of collaborative releases this week. I had to refrain from creating a collab only playlist.

Bruno Mars and Anderson .Paak released “Leave the Door Open,” and we are all hoping for much more of Silk Sonic. It’s also hosted by Bootsy Collins, whatever that means. Definitely a sexy song.

I was drawn to “Be Sweet” by Japanese Breakfast because of those persimmons on the album cover. Weird fruit choice but I also loved the song. Fun and good for warm weather.

“Whisper (Want My Luv)” is the second collab on the playlist. A crew of Patrick Paige II, Durand Bernarr, Allen Stone, and Steve Lacy. This song sounds like a loose rubber band to me. Not in a bad way, that’s just the first thing that came to mind when I was listening to it. Maybe I shouldn’t write the first thing that comes to mind next time.

Mdou Moctar releases “Tala Tannam,” and IT IS SO GOOD! I wish I could write a whole post about Mdou Moctar and how cool they are but I don’t feel qualified whatsoever. Maybe one day. They “modernize” and adapt Tuareg guitar music (but also much more than that).

This last Kings of Leon song is on here only out of obligation: “When You See Yourself, Are You Far Away.” They’re a popular band which I know nothing about. They released a whole album so I figured I could throw something on this playlist. It’s okay, I’m probably not gonna listen to them any more than I did before.

Have a lovely week and enjoy the warmer weather!