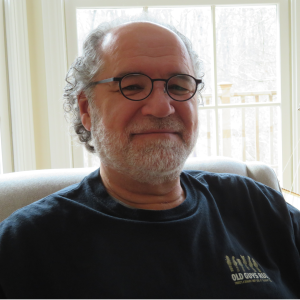 If you recently started wearing hearing aids and play piano, you may find this note useful. If you don’t and never have worn hearing aids, but you play a musical instrument, you may find this interesting. If you’re like me and have worn hearing aids for some time and play piano, well, you may have already experienced what I am about to tell.  This is not based on any research I’ve done or read about hearing aids and playing a musical instrument. It’s entirely anecdotal based on my recent personal experience.

I’m 67 and started wearing hearing aids about four years ago.  I started piano lessons 18 months ago and bought a relatively inexpensive digital keyboard. I hate wearing headphones and while my wife is reasonably tolerant of listening to me play scales (!), I always practice with the volume turned way down so as not to annoy her.  However, I noticed on those special occasions when she was out of the house (and I was therefore able to play at higher volumes) that most notes I played were followed by a faint noise like drinking glasses rattling.  I assumed it was my relatively inexpensive keyboard and soldiered on.  Oddly enough, I never noticed the same noise on either of the keyboards used for my lessons at the Crescendo Music Loft studio. However, that reinforced my belief that the noise was something rattling in my own keyboard.

Then for Christmas I got a new piano, one just expensive enough that when I heard that same glass rattling noise, I knew it wasn’t the keyboard and believe it or not that was the first time I thought it might be my hearing aids.  Simple enough to check – just play the piano without wearing my hearing aids (duh!).

To make a long story short, two separate trips to my audiologist and the problem was solved. We were not able to fix it on the first visit because, surprisingly, my audiologist doesn’t have a keyboard in her office!  Again, duh.  So, on my iPad using a simple voice memos app, I recorded a slow play of each note on my piano all the way from bottom to top – and took that with me to the audiologist.

First of all, that brought the problem into better focus for me because there were some notes (mostly bass) that were not followed at all by the glass rattling sound. But from C4 up, the glass cupboard was shaking like crazy and there was some microphone feedback added at a few notes in the C2 range which I rarely play and therefore had never noticed.

I didn’t think a recording would be enough for the audiologist, but it worked very well. She has a lot of patience and was intrigued enough by the mystery to test my hearing repeatedly using the piano recording and adjusting the hearing aids until she had eliminated virtually all the extra noise.

A simple scale played on the piano is once again a beautiful thing to me.

My point here is that hearing aids are miniature computers that can easily be programmed by a trained audiologist. If you play the piano and wear hearing aids, listen carefully. You may not be hearing what you’re playing.